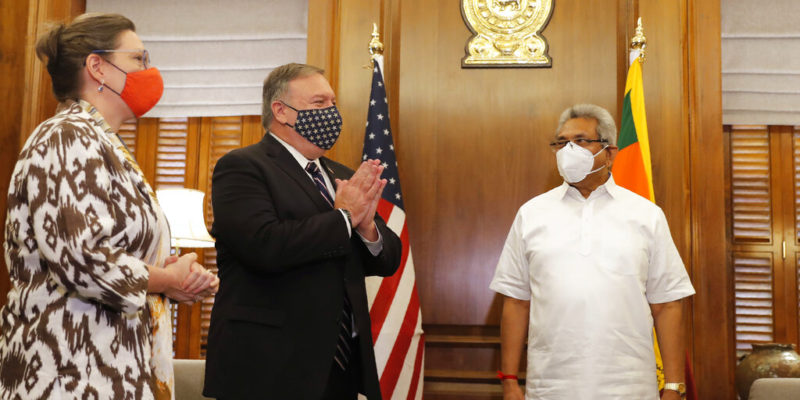 U.S. Secretary of State Mike Pompeo greets the gathering before his meeting with Sri Lankan President Gotabaya Rajapksa, right, in Colombo, Sri Lanka, Wednesday, Oct. 28, 2020. Pompeo plans to press Sri Lanka to push back against Chinese assertiveness, which U.S. officials complain is highlighted by predatory lending and development projects that benefit China more than the presumed recipients. The Chinese Embassy in Sri Lanka denounced Pompeo’s visit to the island even before he arrived there, denouncing a senior U.S. official’s warning that the country should be wary of Chinese investment. (AP Photo/Eranga Jayawardena, Pool)

(AP) — U.S. Secretary of State Mike Pompeo is bringing the Trump administration’s anti-China campaign to Indian Ocean islands considered particularly at risk for what American officials allege is Chinese exploitation. In one significant step, Pompeo announced that the United States would for the first time open an embassy in the Maldives. Pompeo visited Sri Lanka and the Maldives on Wednesday to press the two countries to be on guard against potential predatory lending and investment by China. Even before Pompeo arrived, China accused Washington of bullying. Pompeo is making his case less than a week before the American election in which President Donald Trump is seeking to paint his rival, Joe Biden, as weak on China. 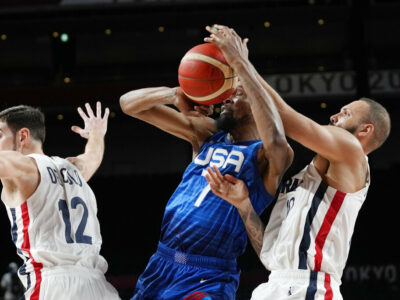