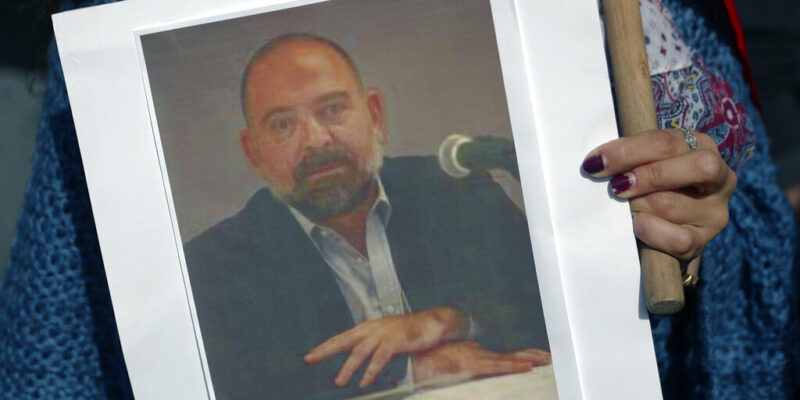 An anti-Hezbollah protester holds a picture of Lokman Slim, a longtime Shiite political activist and researcher, who has been found dead in his car, during a protest in front of the Justice Palace in BeirutBeirut, Lebanon, Thursday, Feb. 4, 2021. (AP Photo/Bilal Hussein)

(AP) — Lebanese security and forensic officials say a prominent publisher and vocal critic of the Shiite militant Hezbollah group has been found dead in his car, shot at close range.

The officials say Lokman Slim, a longtime Shiite political activist and researcher, was found on Thursday morning in the southern village of Addoussieh in Sidon province after he went missing for several hours. His wife Monika Borgmann and his sister had posted earlier on social media that Lokman had not answered his phone for hours and hadn’t been seen since Wednesday evening.