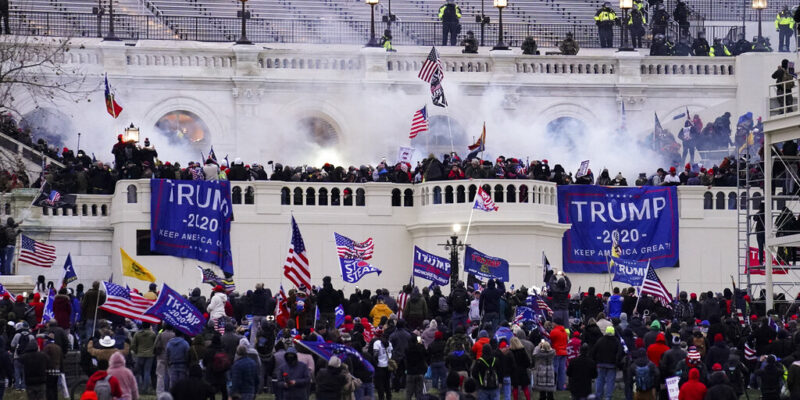 FILE - In this Jan. 6, 2021, file photo, violent rioters storm the Capitol, in Washington. The horror of Jan. 6 has been reduced from a stunning assault on American democracy to another political fight. Rather than unite behind a bipartisan investigation like the one that followed the Sept. 11, 2001, terror attacks, Republicans are betting they can regain at least partial control of Congress if they put the issue behind them as quickly as possible without antagonizing former President Donald Trump or his supporters. (AP Photo/John Minchillo, File)

(AP)–Federal prosecutors have dropped the criminal case against a New York man who was accused of participating in the riot at the U.S. Capitol. It appears to be the first such move by the Justice Department in its sprawling Jan. 6 prosecution.

The dismissal of charges against Christopher M. Kelly was disclosed in a court filing Wednesday. The filing doesn’t elaborate on the decision, and the Department of Justice refused to provide more information. Meanwhile, prosecutors have secured a second guilty plea by one of the Capitol riot defendants.