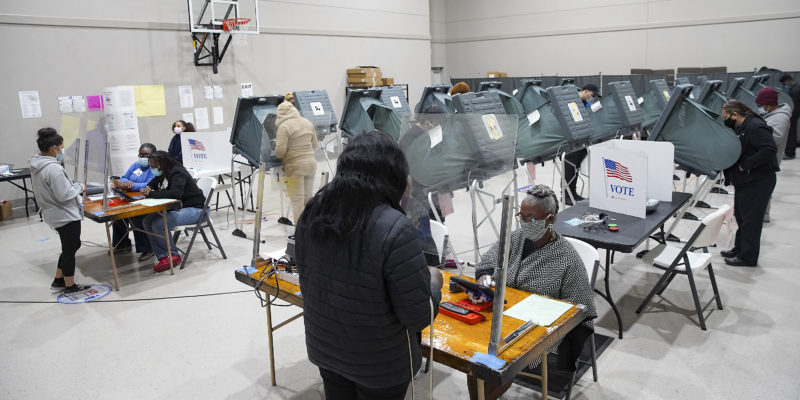 Voters cast their ballots for the general election at Victory Houston polling station in Houston, on Friday, Oct. 30, 2020. The location was one of the Harris County's 24-hour locations. (Elizabeth Conley/Houston Chronicle via AP)

(AP) — Who knew that Texas would be an election battleground? Democratic vice presidential nominee Kamala Harris devoted one of the race’s final days to campaign across America’s largest red state. Her Friday visit came as early voter turnout zoomed past 9 million — already more than the total number of ballots cast during the entire 2016 election. Harris hit three cities, including McAllen in the Rio Grande Valley along the Mexican border. By showing up closer to Election Day than anyone on a Democratic presidential ticket has in years, the California senator in some ways fulfilled weeks of pleas by Texas Democrats for Joe Biden’s presidential campaign to take their chances here more seriously. But Biden hasn’t come to Texas.

Trump Pitches ‘Back To Normal’ As Biden Warns Of Tough Days