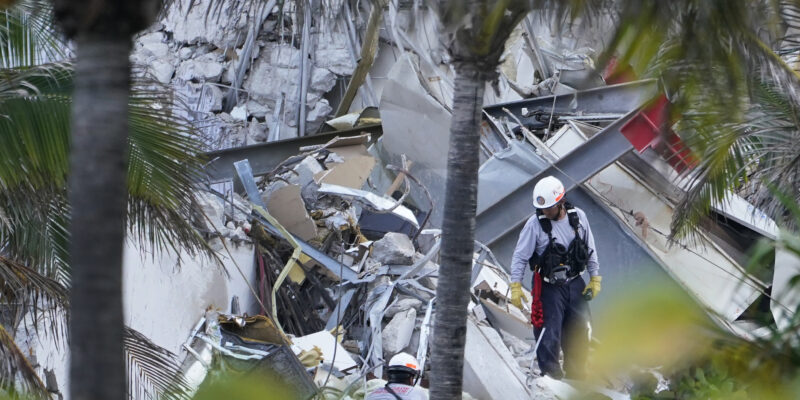 (AP) — Search and rescue teams are trying to detect any sounds coming from survivors of the collapse of a beachside condominium complex near Miami. Miami-Dade County Mayor Daniella Levine Cava says 159 people are still unaccounted for. The mayor says it’s “incredibly motivating” to watch the search and rescue teams risking their lives to find victims. Crews have heard some tapping and other noises, but officials emphasized that the rescuers don’t know whether the sounds are human-made or just caused by the settling of rubble. Crews have been removing debris using heavy cranes. At the same time, firefighters are tunneling from below to search for pockets in the rubble.

US To Keep About 650 Troops In Afghanistan After Withdrawal

Harris ‘glad’ To Be At Border, Expects `good productive day’