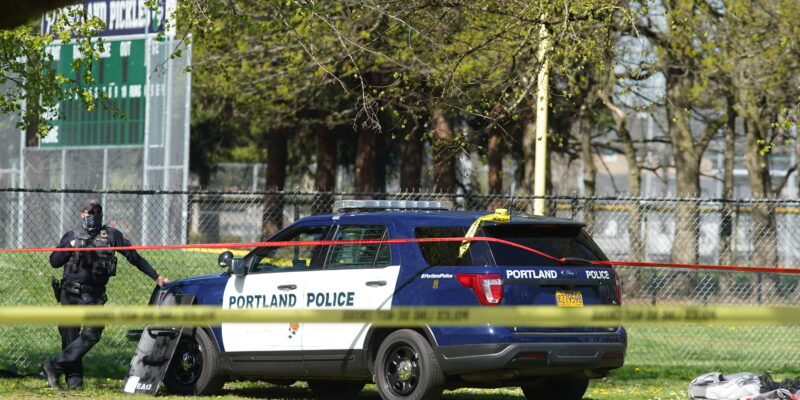 A Portland Police officer stand by following a police involved shooting of a man at Lents Park, Friday, April 16, 2021, in Portland, Ore. Police fatally shot a man in the city park Friday morning after responding to reports of a person with a gun, authorities said. (Beth Nakamura/The Oregonian/The Oregonian via AP)

(AP) — Police in Portland, Oregon, declared a riot on Friday night after authorities said protesters smashed windows and burglarized businesses. Demonstrations had started earlier in the day in a park after police fatally shot a man while responding to reports of a person with a gun. Deputy Portland Police Chief Chris Davis earlier Friday said that police shot and killed a white man in his 30s. The man killed was not identified, but a witness said he appeared to be experiencing a mental health crisis. Authorities say the investigation into the shooting was hampered by a crowd that gathered at the scene and pulled down police tape designed to keep people away.