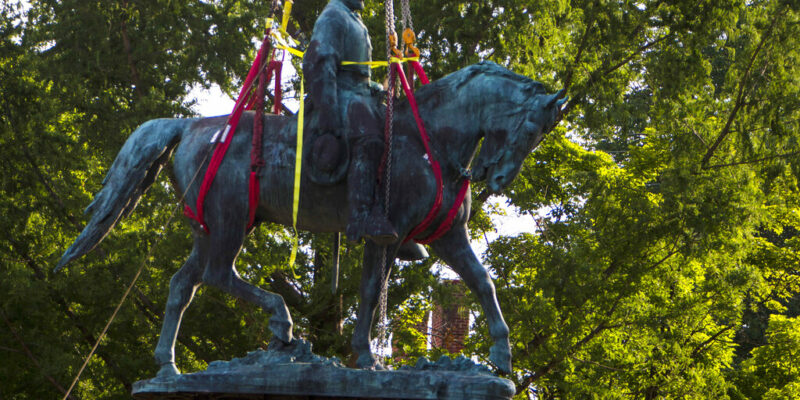 (AP) — A Confederate monument that helped spark a violent white supremacist rally in Charlottesville, Virginia, has been hoisted off its stone pedestal. Work to remove the statue of Gen. Robert E. Lee began early Saturday morning. Crews also took down a statue of Gen. Thomas “Stonewall” Jackson. The removal of the Lee statue follows years of contention, community anguish and legal fights. A push for removal bubbled up in 2016. The monument then became a rallying cry for white supremacists and other racist groups, culminating in the deadly 2017 “Unite the Right” rally in which peaceful counterprotester Heather Heyer was killed.