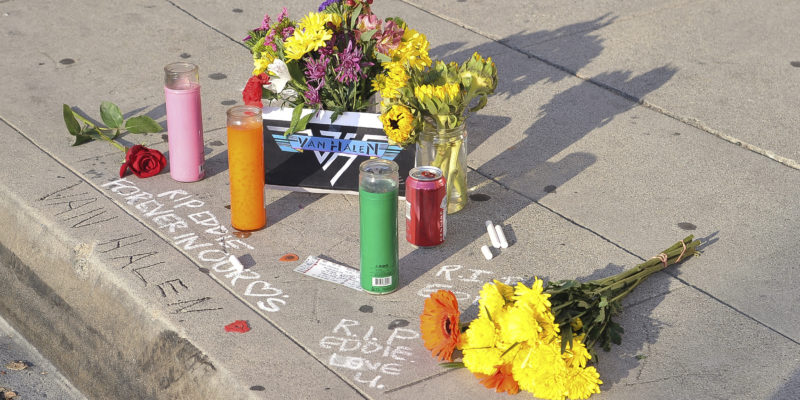 A makeshift memorial for the late Edidie Van Halen sit near his childhood home Tuesday, Oct. 6, 2020, in Pasadena, Calif. Van Halen, the guitar virtuoso whose blinding speed, control and innovation propelled his band Van Halen into one of hard rock’s biggest groups and became elevated to the status of rock god, has died. He was 65. A person close to Van Halen’s family confirmed the rocker died Tuesday due to cancer. The person was not authorized to publicly release details in advance of an official announcement. (Richard Shotwell/Invision/AP)

The Rock and Rock Hall of Fame is flying its flag at half-staff today in honor of Eddie Van Halen. The musician died on Tuesday at age 65 after a long battle with lung cancer.

Van Halen recorded for decades with the band that bears his name and was considered by many to be one of the greatest guitarists of all time. Van Halen was inducted into the rock hall in 2007.

Trump Suffers Another Setback In Fight Over Taxes

Lilly Seeks Emergency Use Of Its Antibody Drug For COVID-19