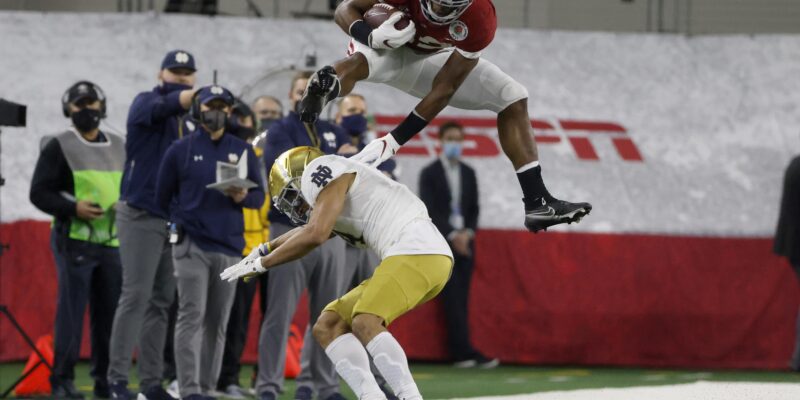 Alabama running back Najee Harris (22) hurdles Notre Dame cornerback Nick McCloud (4) as he carries the ball for a long gain in the first half of the Rose Bowl NCAA college football game in Arlington, Texas, Friday, Jan. 1, 2021. (AP Photo/Michael Ainsworth) 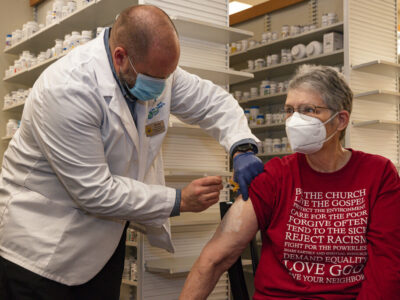 CDC Concerned Virus Variant May Dominate In US 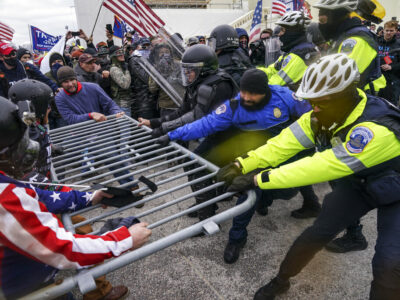 Ex-Foreign Correspondent Reflects On Risks For US Reporters 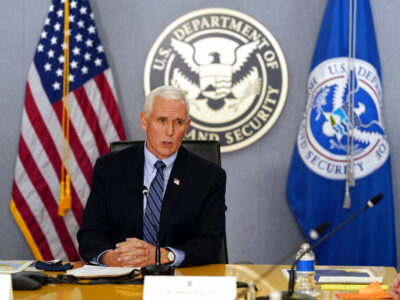 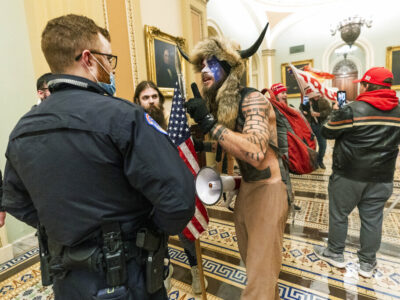