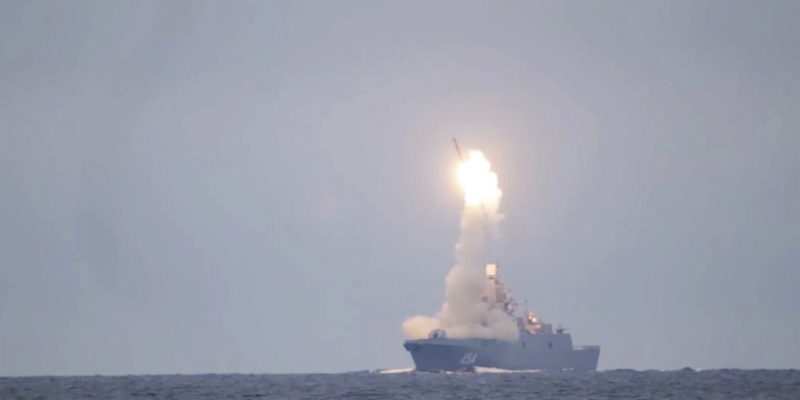 In this photo taken from a video distributed by Russian Defense Ministry Press Service on Oct. 7, 2020, Russian Zircon hypersonic cruise missile is launched from the Admiral Groshkov frigate, in the White Sea, north of Russia. The Russian military has reported a successful test launch of the new Zircon hypersonic cruise missile, giving the news to Russian President Vladimir Putin on his 68th birthday. (Russian Defense Ministry Press Service via AP)

(AP) – Russian President Vladimir Putin has hailed the successful test launch of a new Zircon hypersonic cruise missile as a “big event” for the country.

The missile successfully hit a target in the Barents Sea, he added. In 2019, Putin had said the Zircon would be capable of flying at nine times the speed of sound and have a range of 1,000 kilometers (620 miles).

Lilly Seeks Emergency Use Of Its Antibody Drug For COVID-19

Pence-Harris Debate To Unfold As Trump Recovers From Virus