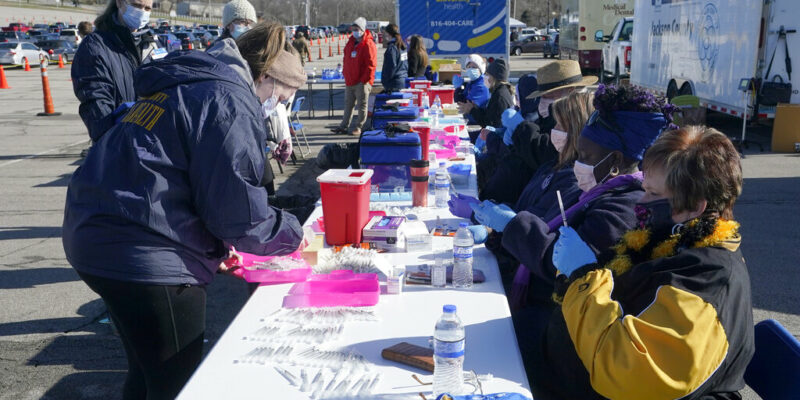 FILE - In this March 19, 2021, file photo, nurses fill syringes with a COVID-19 vaccine at a mass vaccination site in Kansas City, Mo. Demand for the coronavirus vaccine has fallen off in some places around the United States to the point where some counties are turning down new shipments of doses. (AP Photo/Orlin Wagner, File)

(AP) — Russian troops have begun pulling back to their permanent bases after a massive buildup that caused Ukrainian and Western concerns. On Thursday, Russia’s defense minister declared sweeping maneuvers in Crimea and wide swaths of western Russia over, and ordered the military to pull the troops that took part back to their bases by May 1. The Russian Defense Ministry said Friday that its forces that took part in the massive drills in Crimea were moving to board trains, transport aircraft and landing vessels. Ukraine’s foreign minister says Kyiv will await confirmation from Ukrainian and NATO intelligence. The U.S. and NATO have called the troop buildup Russia’s largest since 2014.

Jobs Are Make-Or-Break Argument For Biden In Climate Plan