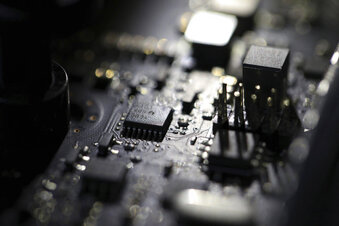 FILE - This Feb 23, 2019, file photo shows the inside of a computer in Jersey City, N.J. A ransomware attack paralyzed the networks of at least 200 U.S. companies on Friday, July 2, 2021, according to a cybersecurity researcher whose company was responding to the incident. (AP Photo/Jenny Kane, File)

(AP) — Cybersecurity teams are working feverishly to stem the impact of the single biggest global ransomware attack on record. Some details are emerging about how the Russia-linked gang responsible breached the company whose automated network-management software was the conduit. Thousands of victims have been identified in at least 17 countries, with ransom demands of up to $5 million reported. The FBI says the scale of the attack means it may not be able to respond to each victim individually. The attack comes less than a month after Biden pressed Russian President Vladimir Putin to stop providing safe haven to REvil and other ransomware gangs.