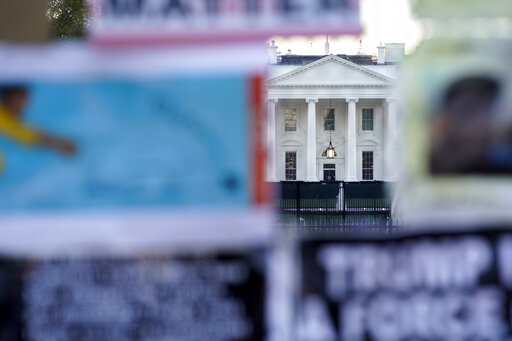 (AP) – Scattered protests took place in cities including New York, Washington and Seattle in the hours after polls closed. But there was no evidence of widespread violence or unrest linked to the U.S. election.

With the outcome of the race for the presidency still unknown Wednesday, authorities remained wary of the chance for conflict. In Washington, more than 1,000 people protesting President Donald Trump converged on Black Lives Matter Plaza, just a block from the White House late Tuesday, at times blocking traffic and lighting off fireworks.

The demonstrations in Washington were largely peaceful, with people chanting and unfurling anti-Trump banners. Hundreds of businesses in cities across the U.S. had boarded up their windows ahead of the election for fear of violence.

Dems Head Toward House Control, But Lose Incumbents To GOP