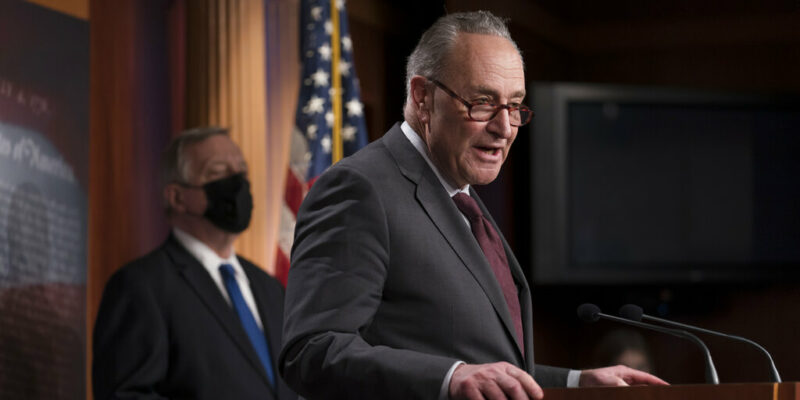 (AP) — Senate Majority Leader Chuck Schumer says he wants his chamber to vote on budget and infrastructure legislation before lawmakers break for an August recess. In a letter Friday to his colleagues, the New York Democrat is warning that he may curtail the summer break to allow more time to work on President Joe Biden’s agenda. Schumer says the Senate may also vote again on Democratic legislation liberalizing voting procedures that Republicans blocked last month. And he says Democrats are ready to fill any potential Supreme Court vacancies. That’s a clear reference to the possibility that liberal-leaning Justice Stephen Breyer, who is 82, might retire.