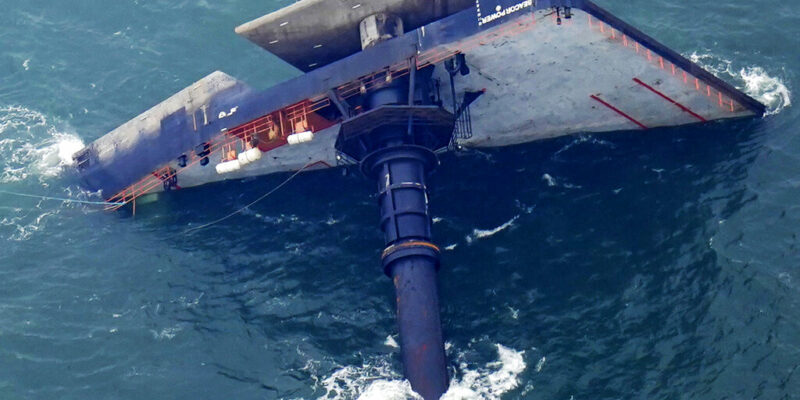 File: The capsized lift boat Seacor Power is seen seven miles off the coast of Louisiana in the Gulf of Mexico Sunday, April 18, 2021. (AP Photo/Gerald Herbert)

(AP) — As the search for survivors of a capsized lift boat ends, attentions turn to comforting the loved ones of the dead and missing, a grim hunt for bodies and a painstaking investigation that could take as long as two years.

The Seacor Power capsized on April 12. The Coast Guard on Monday said it was were suspending the search and rescue for the eight still missing.

The president of Seacor Marine, which owned the boat, says they’ll do everything in their power to find the remaining people. John Gellert says divers were about halfway through the vessel as of midday Monday.