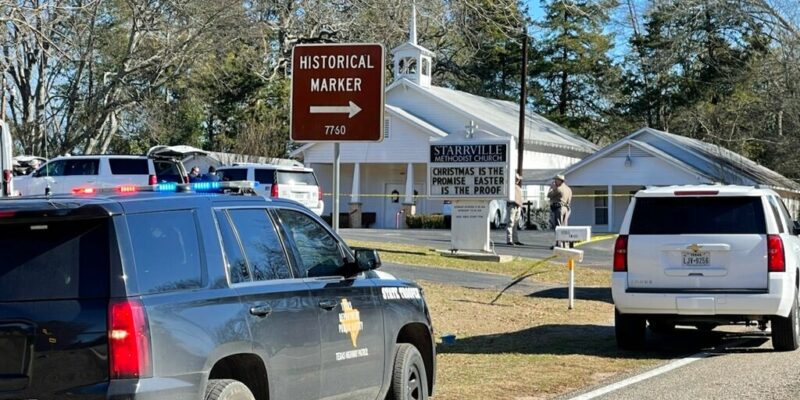 The Smith County Sheriff's Office investigates a fatal shooting incident at the Starville Methodist Church in Winona, Texas, on Sunday morning, Jan. 3, 2021. A suspect who fled has been arrested, said the sheriff’s office. (Zak Wellerman/Tyler Morning Telegraph via AP)

(AP) — Authorities say a pastor has been killed and two other people were injured during a shooting at an East Texas church.

Smith County Sheriff Larry Smith says the suspected gunman was on the run from authorities late Saturday and had hidden in the Starrville Methodist Church near Winona. Smith says the pastor confronted the man in a church bathroom on Sunday morning.

The man shot and killed the pastor, wounded another person and a third was injured in a fall. The shooting suspect fled in the pastor’s vehicle but was later arrested. Smith says he will likely face a capital murder charge.