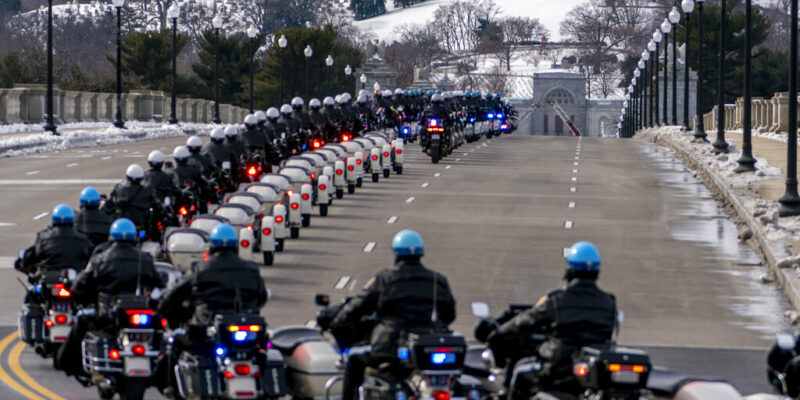 (AP) — Congressional leaders have paid tribute to slain U.S. Capitol Police Officer Brian Sicknick in the building he died defending, promising his family and his fellow officers that they will never forget his sacrifice.

Sicknick died after an insurrectionist mob stormed the U.S. Capitol on Jan. 6, interrupting the electoral count after then-President Donald Trump urged them to “fight like hell” to overturn his defeat.

The 42-year-old officer was only the fifth person to lie in honor in the Capitol Rotunda, a designation for those who are not elected officials, judges or military leaders. He is to be interred at Arlington National Cemetery.