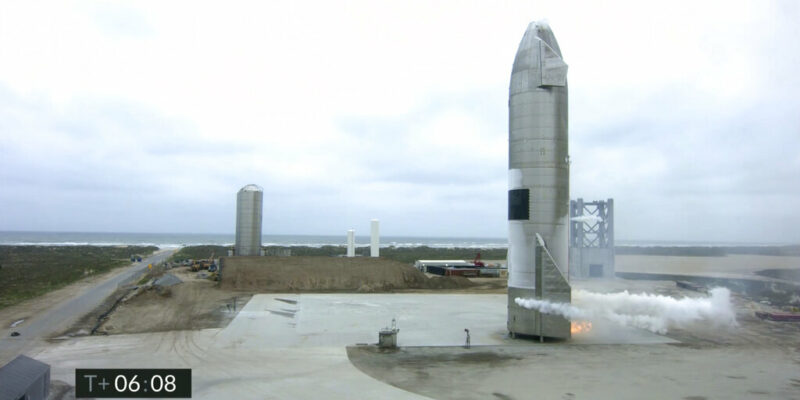 File photo: In this image from video made available by SpaceX, a Starship test vehicle sits on the ground after returning from a flight test in Boca Chica, Texas on Wednesday, May 5, 2021. (SpaceX via AP)

The fifth time was the charm. About six minutes after a successful launch from Boca Chica Beach, the latest Space-X Mars Starship prototype had a successful landing. After four previous prototypes either exploded on, or just before, landing, the SN-15 came down soft and remained upright.

A small fire broke out at the base of the rocket but it was extinguished within minutes. The SN-15 lifted off its Boca Chica launch pad at 5:24 Wednesday afternoon, soaring into the clouds, reaching its planned altitude of 10 kilometers, and performing all of its maneuvers as planned before making its successful descent.