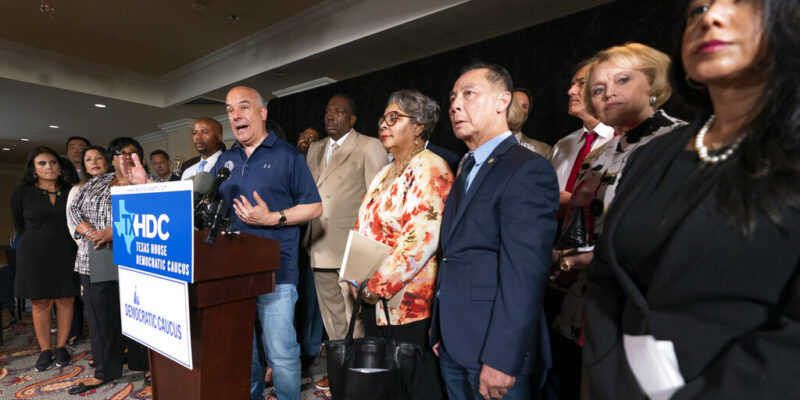 South Texas congressmen are supporting their fellow Democrats in an attempt to stop a voting bill from getting through the Texas Legislature.

Congressman Henry Cuellar of Laredo spoke to reporters from his office in Washington, DC yesterday, criticizing Republicans for opposing voting legislation proposed by Democrats. He appeared with three South Texas state representatives who are staying in DC with other Texas Democrats as part of an attempt to stall the GOP-backed voting measure, which has already passed the state Senate.

Congressmen Filemon Vela of Brownsville and Vicente Gonzalez of McAllen both issued statements of support yesterday, with Gonzalez commending the lawmakers for leaving the state in an attempt to “preserve our democracy.”