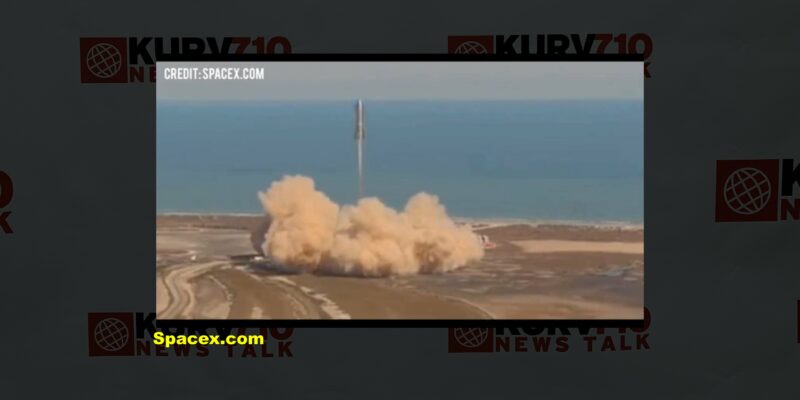 A SpaceX engineer is describing Tuesday afternoon’s flight of the newest Starship prototype a success.

In his YouTube narration of the event, John Insprucker acknowledged the rocket’s faulty landing on Boca Chica Beach, but said SpaceX was able to obtain crucial data. The SN9 launched to the target altitude of 10 kilometers, and during its 6-1/2 minute flight went through a series of aerodynamic maneuvers.

However, the rocket failed to go fully vertical as it descended, it hit the ground at an angle, and exploded. SpaceX is now working, under FAA oversight, to learn what prevented the SN9 from making a vertical landing, with a focus on the failure of one of the Raptor engines.

Meanwhile, Insprucker says the SN10, which has been rolled out to the launchpad, is undergoing preparations for a test flight “later this month.”