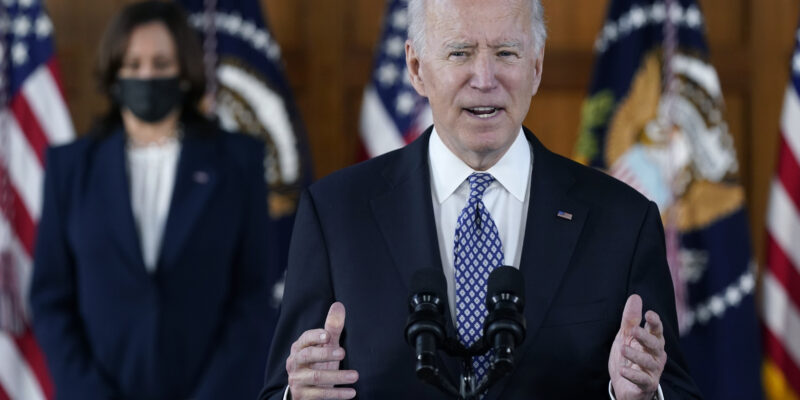 (AP) — President Joe Biden and Vice President Kamala Harris are offering solace to Asian Americans and a reeling nation as they visit Atlanta just days after a white gunman killed eight people, most of them Asian American women. Biden and Harris addressed the nation after a roughly 80-minute meeting with Asian American state legislators and other leaders. The president says it was “heart-wrenching” to listen to their stories of the fear among Asian Americans and Pacific Islanders amid what he called a “skyrocketing spike” of harassment and violence against them. The visit had added resonance with the presence of Harris, the first person of South Asian descent to hold national office.