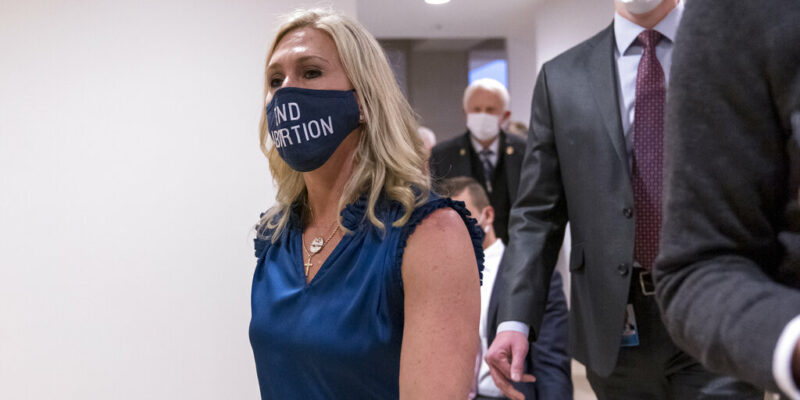 The freshman Republican has been criticized for statements made before she was elected, including saying school shootings in Connecticut and Florida were staged. House Minority Leader Kevin McCarthy condemned those remarks yesterday, but said Democrats are going too far.