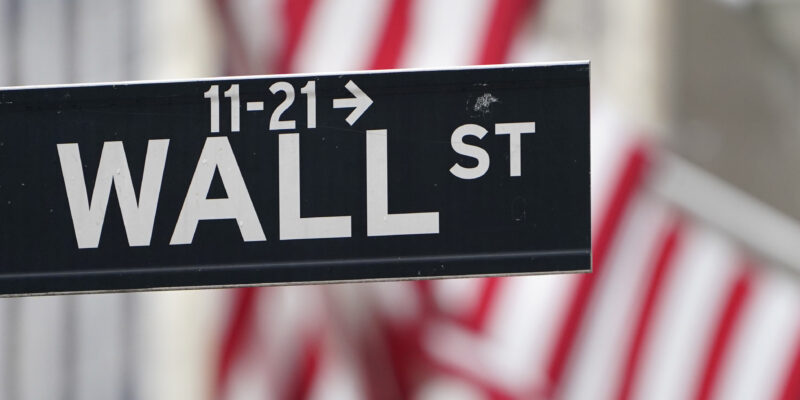 FILE - In this Nov. 23, 2020 file photo, a street sign is displayed at the New York Stock Exchange in New York. Stocks are falling in the early going on Wall Street as traders return from the Thanksgiving holiday, but major indexes are still on track for hefty monthly gains. The S&P 500 slipped 0.3% shortly after the opening bell Monday, Nov. 30 weighed down by losses in energy companies and banks. (AP Photo/Seth Wenig, File)

NEW YORK (AP) — U.S. stocks are pulling back from their record levels Monday, as Wall Street puts a quiet coda on one of its most rocking months in decades. The S&P 500 was 0.9% lower in afternoon trading after more reports showed how the worsening pandemic is dragging down the economy in the near term. Despite the loss, the S&P 500 is still on track for a surge of 10.3% this month as investors latch onto hopes that the economy will get closer to normal next year. The Dow and Nasdaq were also weakening, though they remained close to their record levels.

The Latest: US Concerned About Adequate Supplies For Vaccine