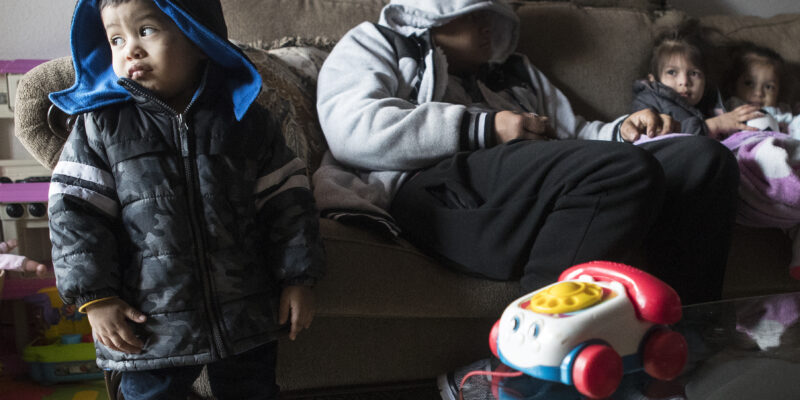 FILE - In this Feb. 15, 2021, file photo, Eithan Colindres wears a winter coat inside after the apartment his family lives in lost power following an overnight snowfall in Houston. With the snow and ice clearing in Texas after the electricity was cut to millions as temperatures plunged as people struggled to stay warm in their unheated homes. (Brett Coomer/Houston Chronicle via AP, File)

(AP) — With the snow and ice clearing in Texas after days of unusual cold, authorities are finding the bodies of people who likely froze to death as they struggled to stay warm after electricity was cut to millions. Of the around 70 deaths attributed to the snow, ice and frigid temperatures nationwide, more than a dozen were people who perished in homes that had lost their heat, and most of those were in Texas. They include an 11-year-old boy who died in his bed in Conroe, near Houston. Hypothermia can set in if the body loses heat faster than it can produce it and if it falls below about 95 degrees. Normal body temperature is around 98.6 degrees.