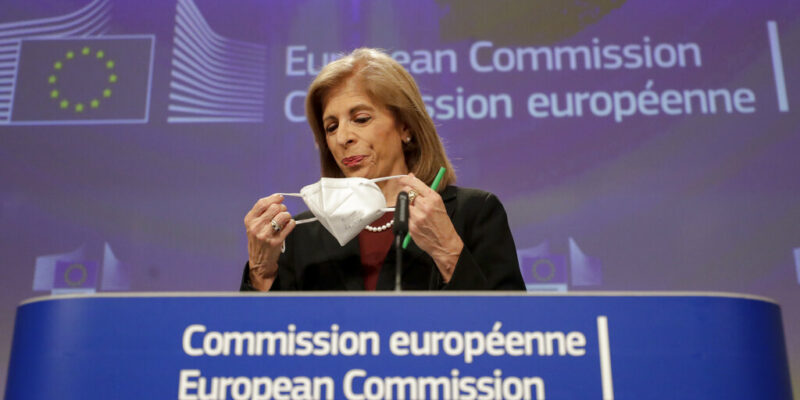 (AP) — The European Union’s dispute with AstraZeneca has intensified with the Anglo-Swedish drugmaker denying the EU’s assertion that it had pulled out of talks on vaccine supplies.

AstraZeneca said that it still planned to meet with EU officials in Brussels later in the day. The talks will be the third in as many days. AstraZeneca says the figures in its contract with the 27-nation bloc were targets that couldn’t be met because of problems in rapidly expanding production capacity.

The EU, which has 450 million people, is lagging badly behind countries like Israel and Britain in rolling out coronavirus vaccine shots. The spat has also raised concerns about vaccine nationalism, as countries desperate to end the pandemic and return to normalcy jockey for limited vaccine supplies.

Georgia Refuses To Reveal Where New Virus Strain Is Lurking

Biden Aims For Most Ambitious US Effort On Climate Change