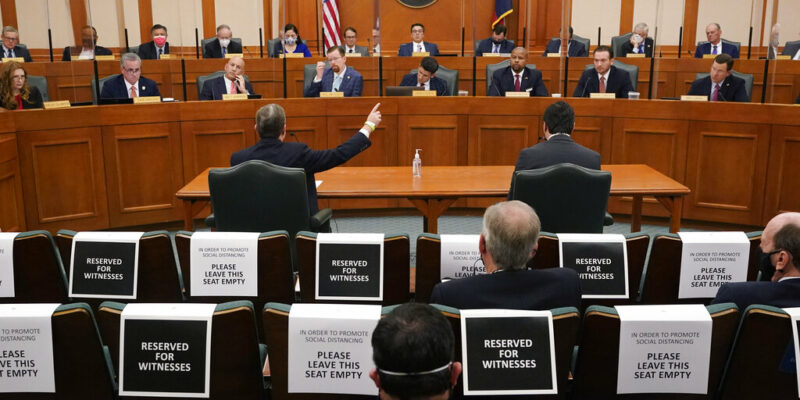 FILE - In this Feb. 25, 2021 file photo, Curtis Morgan, the CEO of Vistra Corp., at table left, testifies as the Committees on State Affairs and Energy Resources holds a joint public hearing to consider the factors that led to statewide electrical blackouts, in Austin, Texas. Only days remain for Texas lawmakers to make good on promised overhauls following one of the largest power outages in U.S. history, when more than 4 million customers lost heat after an artic blast buckled the state's electric grid. (AP Photo/Eric Gay,File)

(AP) — Texas’ first pass at fixing the state’s beleaguered power grid after February’s deadly blackouts is almost out of time.

Lawmakers must get any changes to Republican Gov. Greg Abbott’s desk by Sunday. That leaves only days for them to make good on promised overhauls following one of the largest power outages in U.S. history.

More than 4 million customers lost heat and at least 151 people died in the freeze and ensuing power outages. Critics worry that booming Texas may come up short of stabilizing power and averting future blackouts.