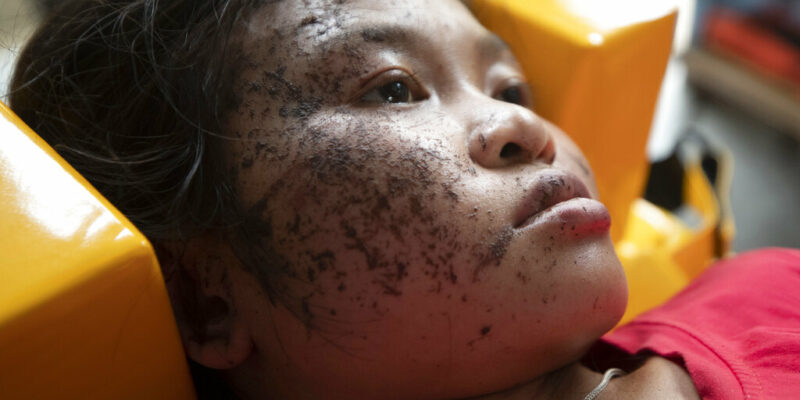 An injured ethnic Karen villager from Myanmar rests as she is treated after crossing the Salawin river via boat at Ban Mae Sam Laep Health Center, Mae Hong Son province, Thailand on Tuesday March 30, 2021. The weekend strikes by the Myanmar military, which sent ethnic people to seek safety in Thailand, represented another escalation in the violent crackdown by Myanmar’s junta on protests of its Feb. 1 takeover. (AP Photo/Sakchai Lalit)

(AP) — Thailand’s prime minister is denying that his country’s security forces forced villagers back to Myanmar who had fled from military airstrikes, saying they returned home on their own accord.

Prime Minister Prayuth Chan-ocha, nevertheless, says his country is ready to shelter anyone who is escaping fighting, as it has done many times for decades. His comments came a day after humanitarian groups said Thailand has been sending back some of the thousands of people who have fled a series of Myanmar military airstrikes.

The weekend strikes were another escalation in the violent crackdown by Myanmar’s junta on protests against its Feb. 1 takeover. Protests continued Tuesday despite the deaths of more than 100 people on Saturday alone.