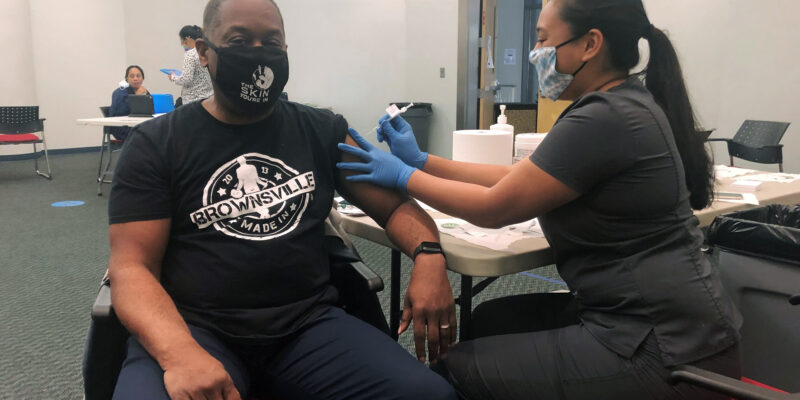 This Jan. 25, 2021, photo provided by Thomas A. LaVeist, shows him getting his first dose of a COVID-19 vaccine at Tulane University School of Public Health & Tropical Medicine in New Orleans. A racial gap has opened up in the nation's COVID-19 vaccination drive, with Black Americans in many places lagging behind whites in receiving shots, an Associated Press analysis shows. LaVeist, dean of the school, is recruiting notable Black Americans to help promote vaccination. (Courtesy of Thomas A. LaVeist via AP)