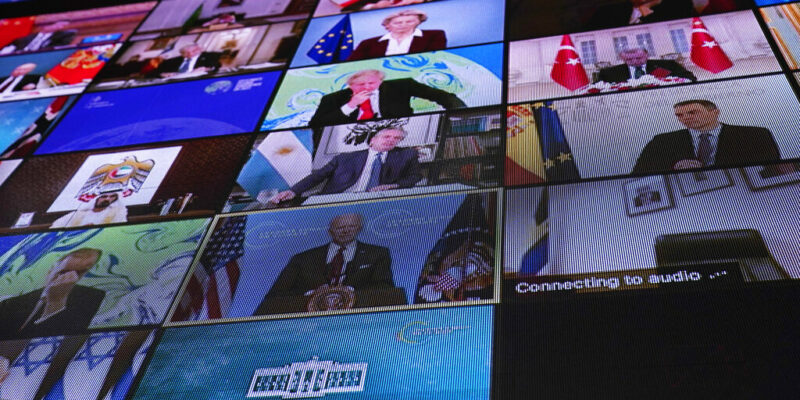 World leaders virtually attend the Leaders Summit on Climate, as seen from the East Room of the White House, Thursday, April 22, 2021, in Washington. (AP Photo/Evan Vucci)

The Biden administration has opened a global climate summit including 40 world leaders.
President Joe Biden is pledging to cut at least in half the climate-wrecking coal and petroleum fumes that the U.S. pumps out. That’s a commitment Biden hopes will spur China and other big polluters to speed up efforts of their own.
Former Vice President Al Gore praised the pledge on Thursday, saying, “Today President Biden showed that his administration is up to the task of tackling climate change.”
Japan also announced a new target, pledging to cut its emissions 46% below 2013 levels by 2030.
The two-day summit will include China’s Xi Jinping, Russia’s Vladimir Putin and the Pope and will be livestreamed.