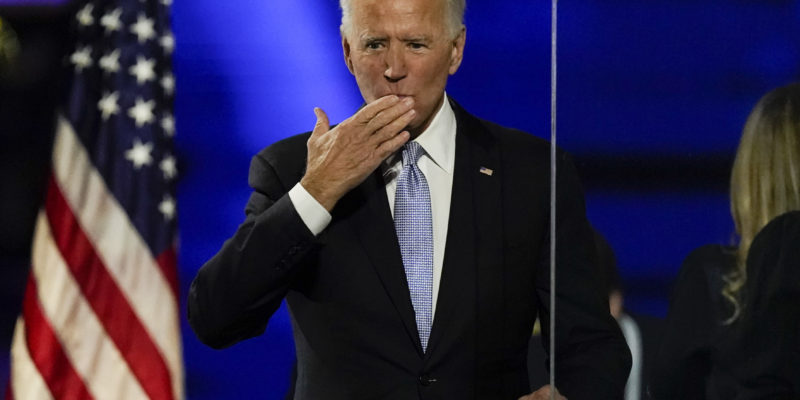 (AP) — The Latest on President-elect Joe Biden (all times local):
10 a.m.
The highest-ranking Black member of Congress says President Donald Trump should concede the presidency to President-elect Joe Biden, although he says it’s more crucial what the rest of the Republican Party does in the wake of the 2020 election.
U.S. House Majority Whip Jim Clyburn of South Carolina told CNN on Sunday that the GOP “has a responsibility here” and that he’s watching to see “whether or not the Republican Party will step up and help us preserve the integrity of this democracy.”
Clyburn also said he sees the United States as “teetering” following Trump’s term, advising that “we had better get a hold of ourselves and this country and stop catering to whims of one person.”
Clyburn also talked about his endorsement of Biden ahead of South Carolina’s early primary, a nod that helped boost Biden to win that contest, gain momentum and ultimately clinch the nomination. Saying the field was full of good candidates, Clyburn said he “came to the conclusion that Joe Biden was our best bet.”
___
HERE’S WHAT YOU NEED TO KNOW ABOUT THE TRANSITION
Democrat Joe Biden has defeated President Donald Trump to become the 46th president of the United States. The inauguration is in January.
Read more:
— Americans pivot from red-hot Trump to Biden’s seasoned cool
— Trump, who never admits defeat, mulls how to keep up fight
— Message of Election 2020: Trump lost, but Trumpism did not
— Fight for Senate control awaits in Georgia after Biden’s win
___
WHAT ELSE IS GOING ON:
9 a.m.
President-elect Joe Biden will launch an “agency review teams” this coming week. It’s the group of transition staffers that have access to key agencies in the current administration to smooth the transfer of power.
The teams will collect and review information such as budgetary and staffing decisions, pending regulations and other work in progress from current staff at the federal departments.
The teams are meant to lay much of the groundwork so that the thousands of new staffers and appointees who will take over in January will have a road map and guidelines for how to continue the federal government’s work without pause, and how to shift the departments toward Biden’s priorities.
Biden’s campaign launched a transition team in May, and they’ve been working alongside designated staffers in President Donald Trump’s administration on transition planning for months. But the agency review process begins in earnest after a new president is elected. Biden has just over 10 weeks to prepare before he is inaugurated.
On Monday, he plans to announce a team of scientists and experts that will work to craft a coronavirus response plan that can be enacted when he takes office.
Biden’s transition team has also come out with a transition-focused website — BuildBackBetter.com — and is launching transition-focused social media accounts under the username “Transition46.”

Trump Team: Election Far From Over