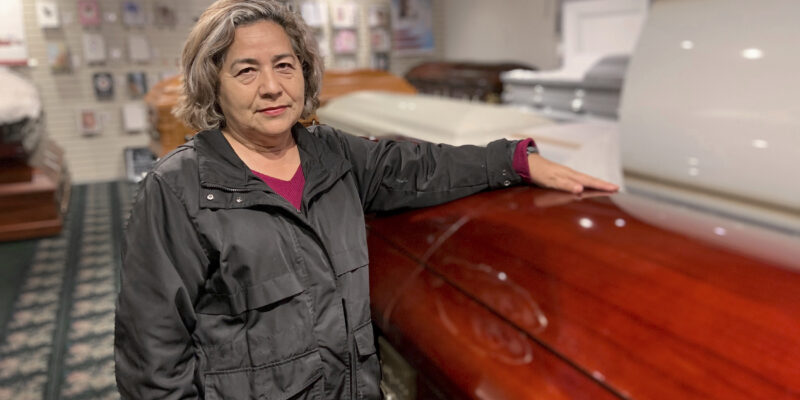 Magda Maldonado, owner of Continental Funeral Home in Los Angeles, poses in her mortuary on Dec. 30, 2020. Southern California funeral homes are turning away bereaved families because they're running out of space for all the bodies piling up during an unrelenting coronavirus surge that has sent COVID-19 death rates to new highs. "I've been in the funeral industry for 40 years and never in my life did I think that this could happen, that I'd have to tell a family 'no, we can't take your family member,'" said Maldonado. (Magda Maldonado via AP