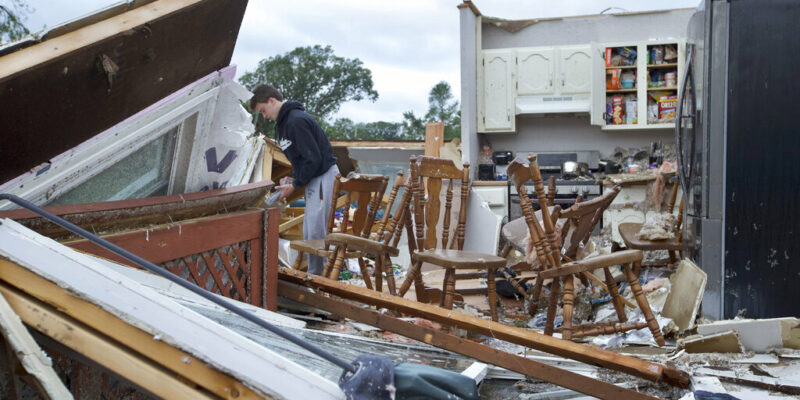 Nathan Casey, 16, surveys the damage of his home after a tornado swept through the area in Woodridge, Ill., Monday June 21, 2021. (Vashon Jordan Jr./Chicago Tribune via AP) 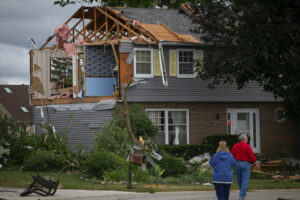 People walk near a damaged home on Princeton Circle in Naperville’s Ranchview neighborhood after a tornado swept through the area, Monday, June 21, 2021, in Ill. (Rich Hein/Chicago Sun-Times via AP)

Naperville city spokeswoman Linda LaCloche says at least five people, including a woman who was listed in critical condition, were hospitalized in Naperville, where 16 homes were left “uninhabitable” after the late Sunday storm.

Heavy damage was reported in the nearby village of Woodridge. Matt Friedlein, a meteorologist with the National Weather Service, says the agency would be sending a survey team.

A tornado also hit eastern Iowa on Sunday night. And severe thunderstorms moved through other parts of the Midwest late Sunday and early Monday, including Indiana, Michigan and Missouri.