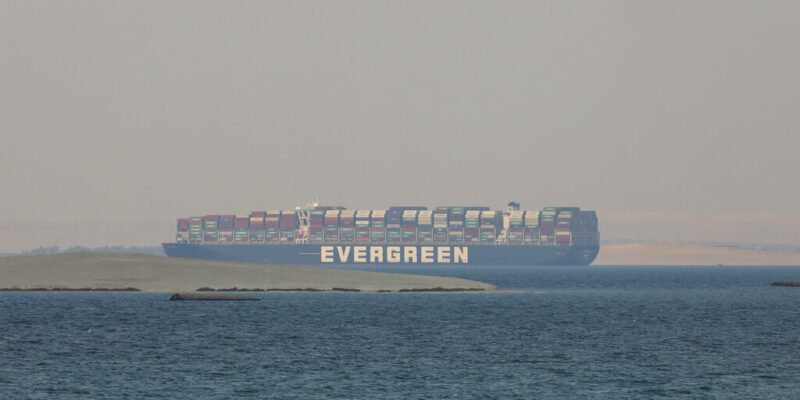 Ever Given, a Panama-flagged cargo ship, is seen in Egypt's Great Bitter Lake Tuesday, March 30, 2021. Experts have boarded Ever Given container ship that had blocked the Suez Canal for nearly a week before it was dislodged. A canal pilot says engineers are inspecting the Ever Given for damage and trying to determine why it ran aground. (AP Photo/Mohamed Elshahed)

(AP) — A company providing services to the Suez Canal says the maritime traffic jam caused by the Canal’s blockage by a cargo ship for nearly a week is continuing to ease. Leth Agencies said on Friday that the number of ships waiting to transit has fallen to 206, from more than 300 three days ago.

On Monday, salvage teams freed the skyscraper-sized container ship, ending a crisis that had clogged one of the world’s most vital waterways and halted billions of dollars a day in maritime commerce. At the time, Canal officials said more than 420 ships were waiting for the vessel to be freed so they could make the crossing.

Protests Grow In Italy Over The Wiretapping Of Journalists