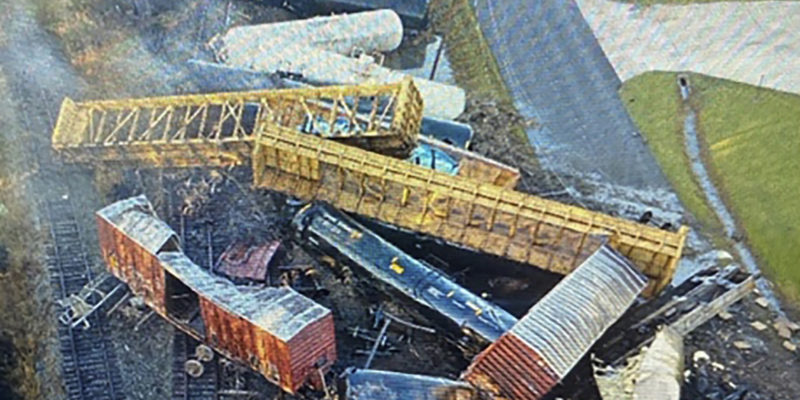 (AP) – Authorities in southeast Texas say a freight train has derailed and are urging nearby residents to evacuate their homes as hazmat crews assess the damage.

The Orange County sheriff’s office says train cars left the track Thursday morning near Mauriceville, close to the Louisiana border. It’s unclear what the train was hauling and what caused it to derail. There are no reports of injuries.

Authorities urged people to evacuate schools, businesses and homes within a mile of the site. Drone footage from the sheriff’s office shows train cars piled up along a railroad.