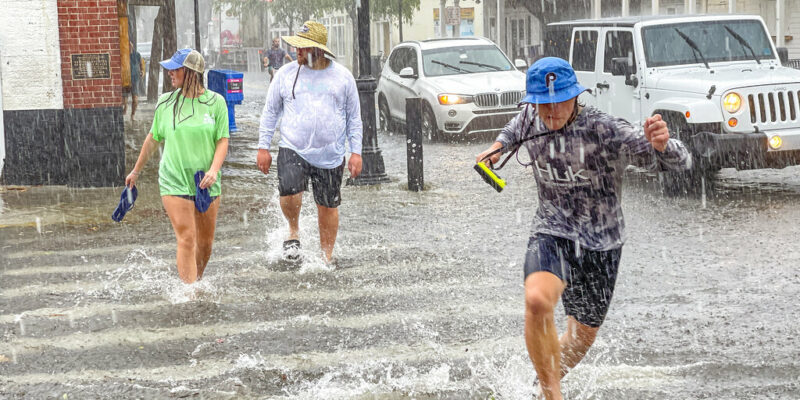 Pedestrians dash across the intersection of Greene and Duval streets as heavy winds and rain associated with Tropical Storm Elsa passes Key West, Fla., on Tuesday, July 6, 2022. The weather was getting worse in southern Florida on Tuesday morning as Tropical Storm Elsa began lashing the Florida Keys, complicating the search for survivors in the condo collapse and prompting a hurricane watch for the peninsula's upper Gulf Coast. (Rob O'Neal/The Key West Citizen via AP)

Forecasters say Elsa’s path will slice across inland north Florida with heavy rains and wind and then move on to Georgia. Maximum sustained winds are near 65 mph with higher gusts. Weakening is expected as Elsa moves further inland later Wednesday.

Forecasters said Elsa would slice across inland north Florida as a tropical storm with strong rains and wind, then move on to Georgia, the Carolinas and Virginia before heading out in the Atlantic Ocean by Friday.