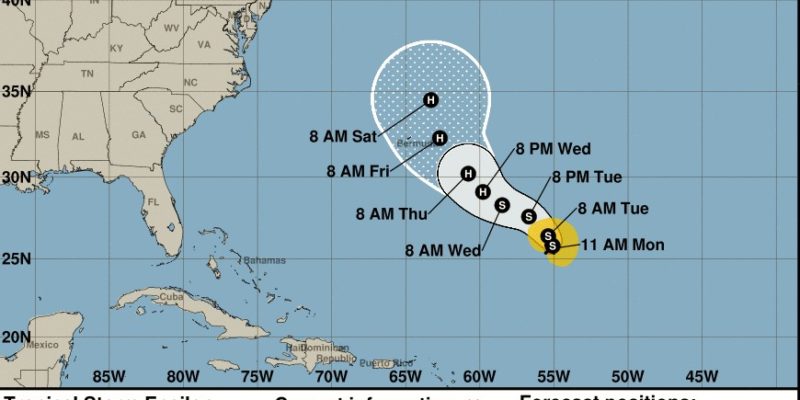 Tropical Storm Epsilon has formed in the central Atlantic, the latest in what has been a very active hurricane season. The storm has maximum sustained winds near 40 mph.

The U.S. National Hurricane Center says additional strengthening is expected and Epsilon is forecast to be at or near hurricane strength by early Thursday. The storm is centered about 735 miles southeast of Bermuda and is currently stationary.

This year’s hurricane season has had so many storms that the Hurricane Center has turned to the Greek alphabet for storm names after running out of official names.