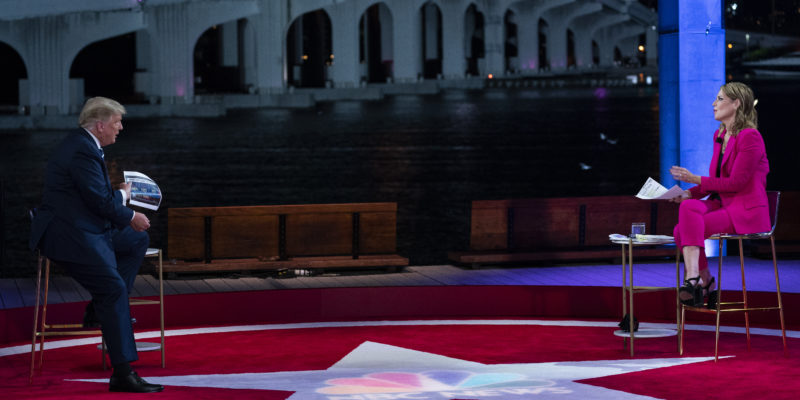 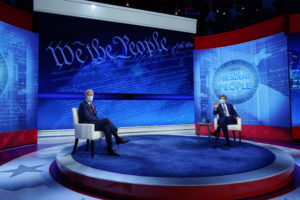 (AP) – President Donald Trump and Democrat Joe Biden showed striking differences in temperament, views on racial justice and approaches to the pandemic that has reshaped the nation in dueling televised town halls.

They squared off, in a way, Thursday night, their scuttled second debate replaced by the separate events. Trump was defensive about his administration’s handling of the coronavirus, and evasive when pressed about whether he took a required COVID-19 test before his first debate with Biden.

Trump refused to denounce the QAnon conspiracy group, and only testily did so regarding white supremacists. Biden, for his part, denounced the White House’s handling of the virus.