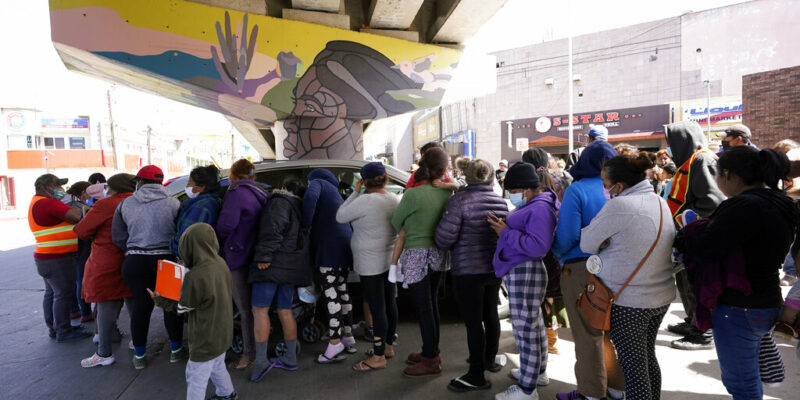 The Biden administration hopes to relieve the strain of thousands of unaccompanied children coming to the southern border by terminating a 2018 Trump-era order that discouraged potential family sponsors from coming forward to house the children. (AP Photo/Gregory Bull)

Former President Trump is blaming Biden for the surge of migrants at the southern border.

Trump told Fox News Tuesday that his administration did a number of things to deter migrants from trying to cross the border, but added, “all of that is now eroded.” He called it a “disgrace,” and said migrants will destroy the country if nothing is done to stop it.

The Trump administration was also criticized for its handling of immigration and migrant children.