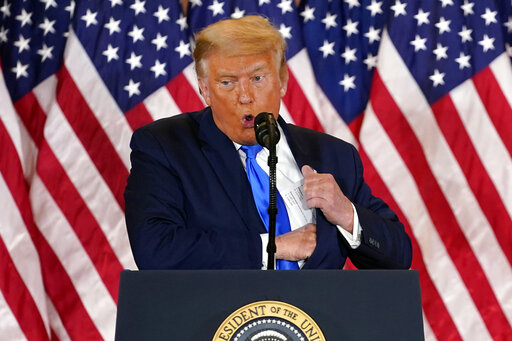 President Trump is again complaining that votes are still being counted in several states and now his campaign is taking action. They’ve filed a lawsuit to halt the ballot count in Michigan. They’re demanding to review some ballots opened and processed, claiming they didn’t have access to observe the counting at several locations. Joe Biden has narrowly pulled ahead in the swing state, but it’s still too close to call.

Biden Sets Record With Most Votes For Presidential Candidate