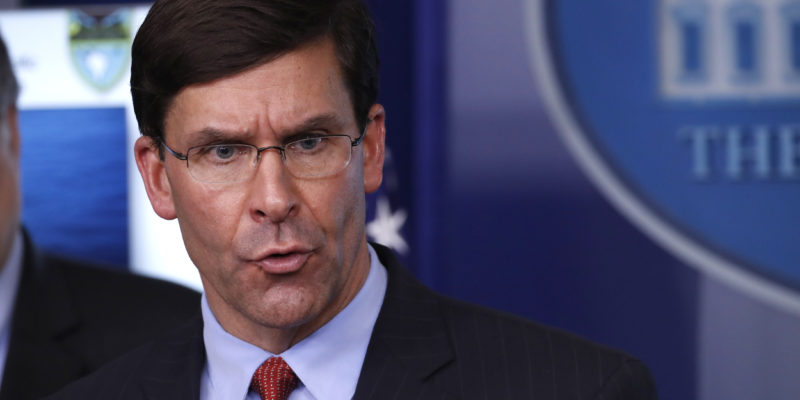 President Trump is firing his Defense Secretary Mark Esper. Trump tweeted that Esper has been “terminated,” effective immediately, and he thanked him for his service.

Trump announced that Christopher Miller will be the acting defense secretary. Miller has been director of the National Counterterrorism Center. Trump is reported to have been unhappy with Esper for some time.

The dismissal of the defense secretary is Trump’s most notable move since losing the presidential election to Democrat Joe Biden. He has yet to concede the election.