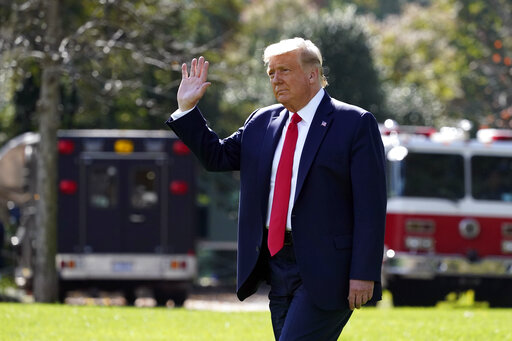 President Trump criticizes the FBI for investigating a caravan of Trump supporters who followed a Biden campaign bus on Friday on I-35 in central Texas.

The president instead suggested the federal investigators should be looking into terrorists and ANTIFA in a tweet Sunday night. An FBI spokesperson told CNN Sunday that FBI San Antonio is investigating the incident.