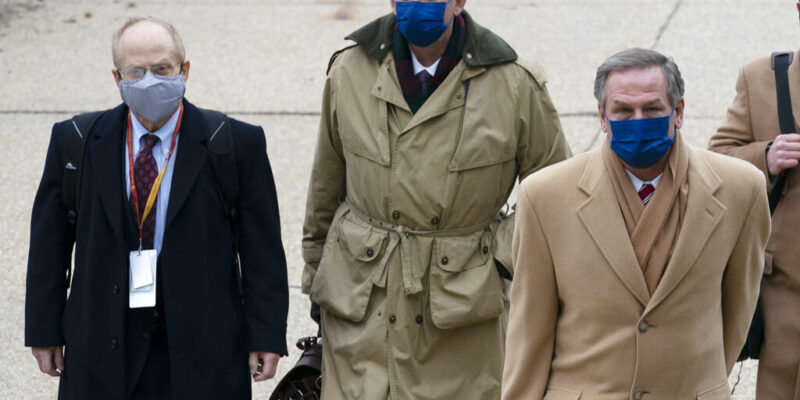 From left, David Schoen, Bruce Castor and Michael van der Veen, lawyers for former President Donald Trump, arrive at the Capitol on the third day of the second impeachment trial of Trump in the Senate, Thursday, Feb. 11, 2021, in Washington. (AP Photo/Jose Luis Magana)

(AP) — Defense lawyers for Donald Trump have opened their impeachment defense by strenuously denying that he played any role in inciting the deadly riot at the U.S. Capitol. They’re blasting the case against him as an act of political vengeance and part of a yearsong Democratic “witch hunt.”

An attorney for the former president told senators Friday that Trump was entitled to dispute the election results and that his doing so, including in a speech that preceded the assault on the Capitol, did not amount to inciting the violence that followed.