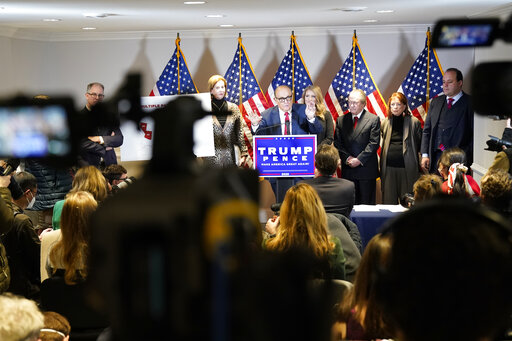 President Trump’s legal team is again pushing claims of voter fraud. They defended legal challenges to the presidential election results during a news conference Thursday. But when reporters asked them to back up the allegations, the lawyers lashed out, accusing journalists of failing to do their jobs.

Biden Reaches Out To Governors As Trump Stymies Transition