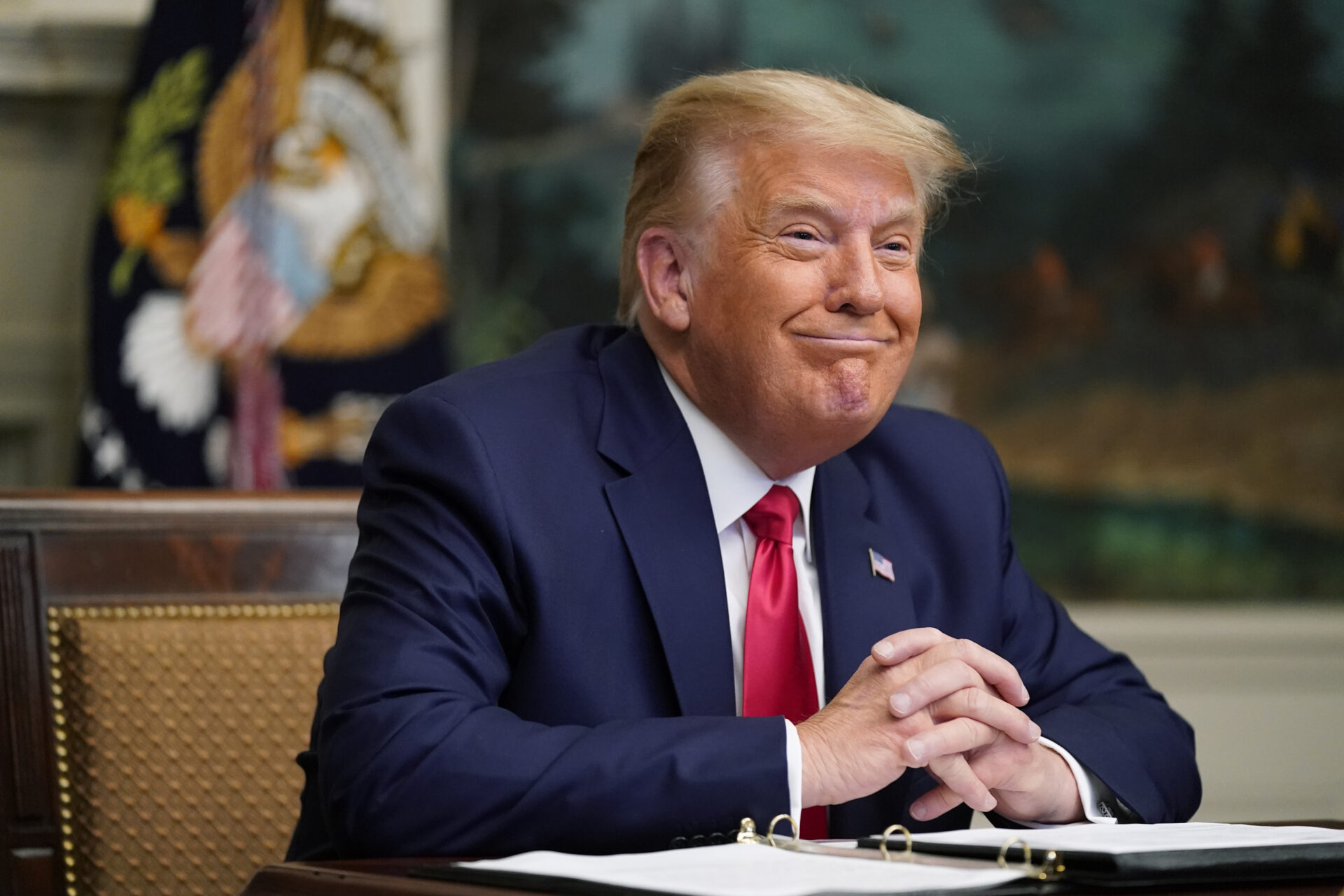 President Donald Trump participates in a video teleconference call with members of the military on Thanksgiving, Thursday, Nov. 26, 2020, at the White House in Washington. (AP Photo/Patrick Semansky)

(AP) — President Donald Trump still won’t bring himself to concede the election he decisively lost to President-elect Joe Biden. But he’s now acknowledging he will leave the White House if Biden’s win is affirmed by the Electoral College, which is firmly on track to do just that in a few weeks. Trump took questions from reporters Thursday for the first time since the election. While he won’t acknowledge that Biden beat him fair and square, there were some signs Trump is coming to terms with his defeat. For example, he expressed concern that Biden will end up getting the credit for coronavirus vaccines developed in the Trump era.