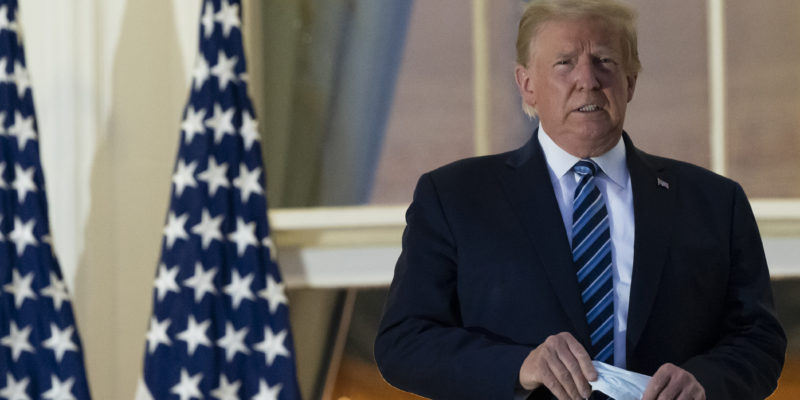 (AP) – President Donald Trump áremains out of sight as he recovers from COVID-19, but he is making his presence known on social media in a big way.

The president has been tweeting a flurry of broadsides against Democrats, floating false disease figures and pushing lawmakers to take up piecemeal economic aid proposals after nixing negotiations on a broader assistance package.

His physician, Dr. Sean Conley, is reporting that Trump declared on Wednesday morning that “I feel great!” Conley added in a memo that Trump has been symptom-free for over 24 hours, and that his oxygen saturation level and respiratory rate are normal.

Donna Man To Be Charged In Baby’s Beating Death