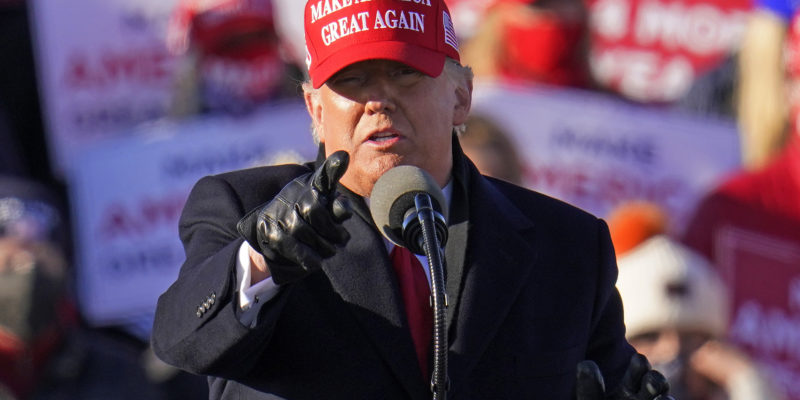 President Trump says Pennsylvania is his key to re-election. Trump’s campaign rolled into Scranton on the day before the presidential election. That’s where former VP Joe Biden was born.

The President said his administration is creating an unrivaled economic powerhouse. He argued that Biden and the “radical left” will collapse the economy. Pennsylvania was part of Trump’s surprise victory in the 2016 election.