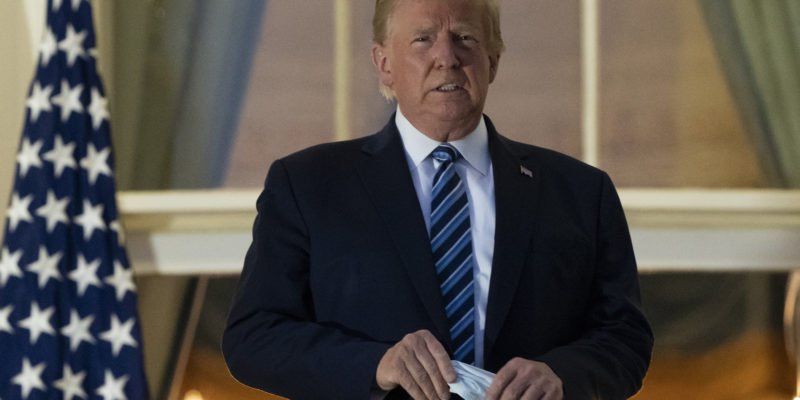 FILE - In this Monday, Oct. 5, 2020 file photo, President Donald Trump removes his mask as he stands on the Blue Room Balcony upon returning to the White House in Washington, after leaving Walter Reed National Military Medical Center, in Bethesda, Md. Trump announced he tested positive for COVID-19 on Oct. 2. (AP Photo/Alex Brandon)

(AP) – President Donald Trump is eager to get back on the campaign trail. He insists he is ready to resume campaign rallies and feels “perfect” one week after his diagnosis with the coronavirus that has killed more than 210,000 Americans. His doctor says the president has “completed his course of therapy” for the disease.

Trump has not been seen in public – other than in White House-produced videos – since his Monday return from the military hospital where he received experimental treatments for the virus. His physician, Navy Cmdr. Sean Conley, says Trump will be able to safely “return to public engagements” on Saturday.