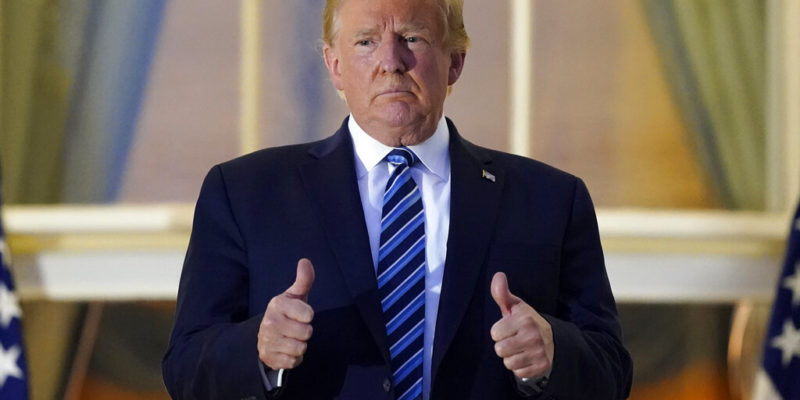 President Donald Trump stands on the balcony outside of the Blue Room as returns to the White House Monday, Oct. 5, 2020, in Washington, after leaving Walter Reed National Military Medical Center, in Bethesda, Md. Trump announced he tested positive for COVID-19 on Oct. 2. (AP Photo/Alex Brandon)

(AP) — President Donald Trump has staged a dramatic return to the White House after leaving the military hospital where he has been receiving an unprecedented level of care for COVID-19. He immediately ignited a new controversy by declaring that despite his illness the nation should not fear the virus that has killed more than 210,000 Americans — and then he entered the White House without a protective mask. Trump climbed the South Portico steps, removed his mask and declared, “I feel good.” Trump, who remains contagious, is expected to continue his recovery at the White House, where he will be cared for 24/7 by a team of doctors and nurses.