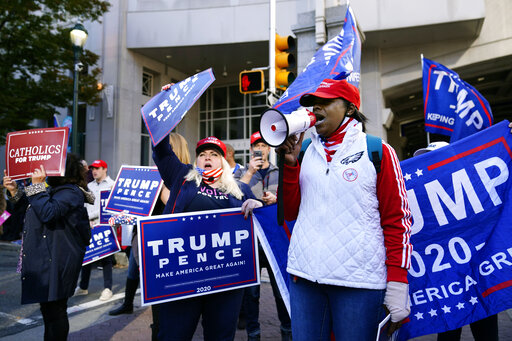 (AP) – As Democrat Joe Biden inches closer to the 270 Electoral College votes needed to win the White House, President Donald Trump’s campaign has put into action the legal strategy the president had signaled for weeks.

The GOP campaign is attacking the integrity of the voting process in states where the result could mean his defeat. Democrats are scoffing at the legal challenges the president’s campaign filed Wednesday in Pennsylvania and Michigan. Those largely demand better access for campaign observers to locations where ballots are being processed and counted.

Early Thursday, a separate Trump campaign lawsuit in Georgia over concerns about 53 absentee ballots was dismissed by a judge.