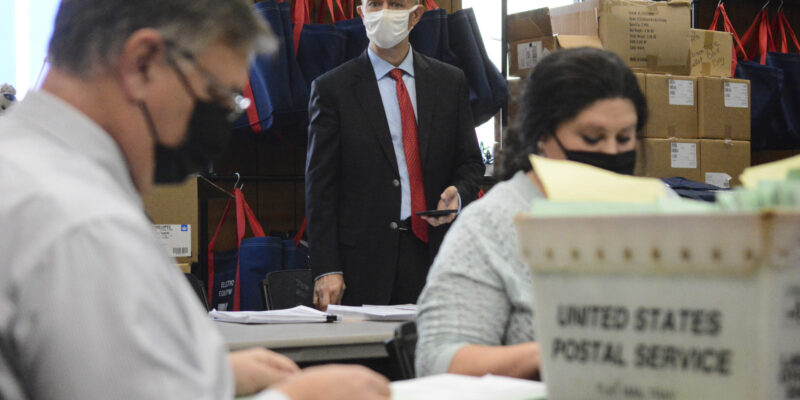 FILE - In this Nov. 10, 2020, file photo, Republican poll watcher Douglas Bucklin, center, observes as Schuylkill County Election Bureau Director Albert L. Gricoski, left, and staffer Christine Marmas, right, open provisional ballots in Pottsville, Pa. Even after he exits the White House, President Donald Trump's scorched-earth strategy of challenging the legitimacy of elections and seeking to overturn the will of the voters by any means necessary could have staying power. (Lindsey Shuey/Republican-Herald via AP, File)

(AP) — Even after he exits the White House, President Donald Trump’s efforts to challenge the legitimacy of the election and seeking to overturn the will of voters could have staying power. Trump’s tactics are already inspiring other candidates, and his moves have been embraced by a wide array of Republicans. Supporters include congressional candidates, state lawmakers, party chairs, conservative legal groups and appointees to previously little-known vote-certification boards. Jennifer Granholm is a former Democratic governor of Michigan. She says the president is “poisoning democracy” and setting a troubling precedent. The federal government’s own cybersecurity arm declared the presidential election the most secure in American history.